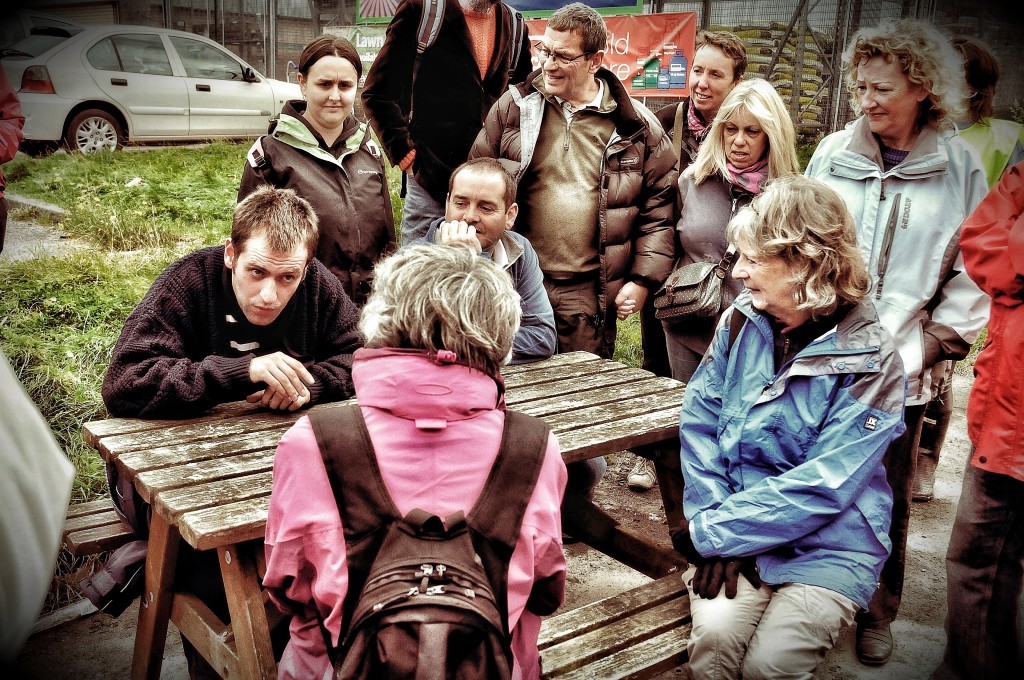 Richard Galloway as Peter, who worked on this Baildon car park site when it was the Airedale Combing mill.

Red Route is the second of our theatrical walks. Beginning at the spot opposite Shipley Wharf where Blue Route disembarks, it cuts a path that is altogether less “green” than Green Route. From the canal towpath we move back towards the River Aire, navigating a route that takes us through the heart of Shipley’s former mill district, and exploring some of its more neglected riverside rights of way… Our guides are actors playing the roles of some of the people who live along the route, and who frankly share their memories and concerns with us…

Starting point: the canal towpath opposite Shipley Wharf… just around the corner from the Noble Comb pub on the main Otley Road (A6038), and behind the Ibis hotel. See map here. 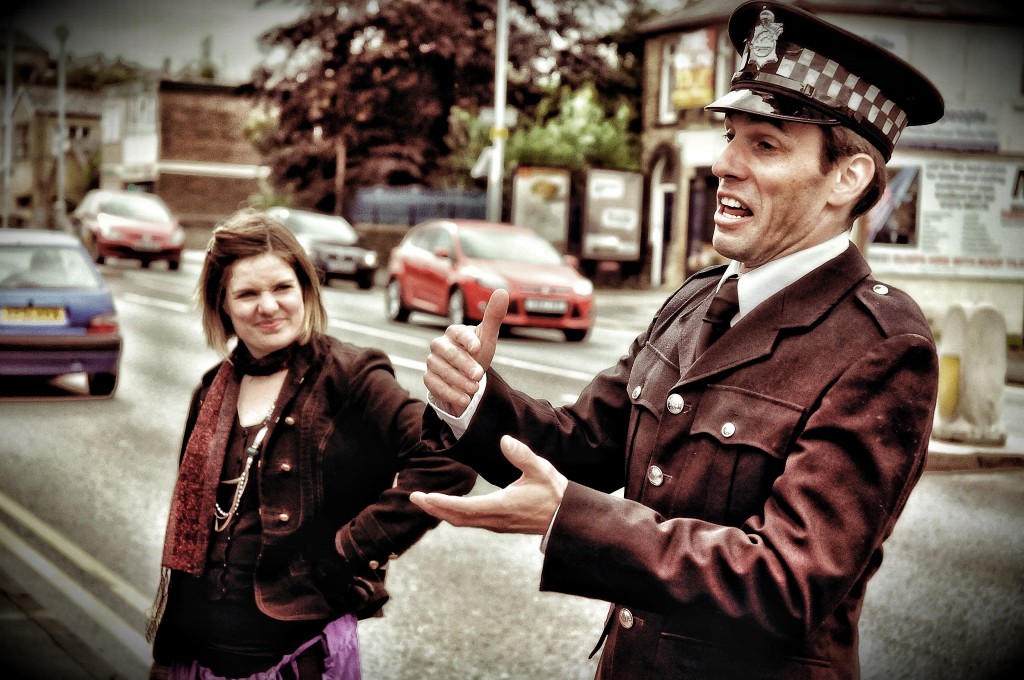 Subtitled Mill to Mill, the performance highlights and contrasts two of Shipley’s most significant mill sites. At Victoria Mills, which was once a worsted factory, and is now a complex of luxury apartments, we meet the developer responsible for this unexpected transformation. At Lower Holme, which was once a mohair factory, and is currently a vacant, derelict lot, we hear from one of the residents living in the former mill houses. The contrasting fates of these mills relate not just to the area’s industrial decline, but also to the more recent bank crisis…

En route between these mills, we cross over Baildon Bridge, the vital road link between Shipley and Baildon, and the epicentre of the area’s flood crises in both 1947 and 2000. Eyewitness accounts explain what happened in 2000 in vivid detail! 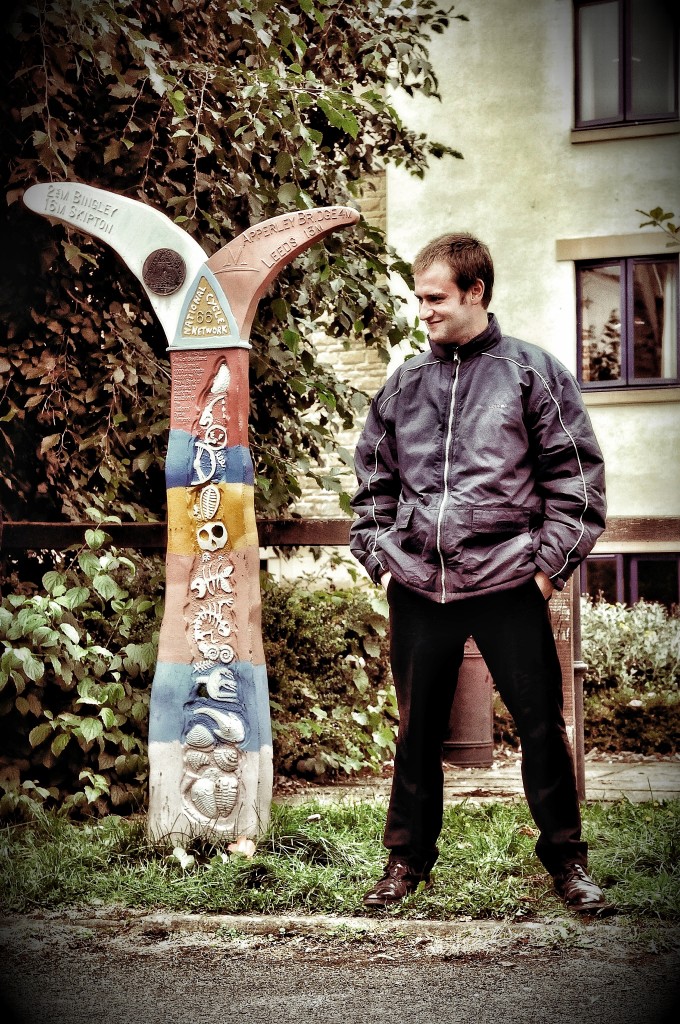 By train:  Disembark at Shipley station, and walk up to main road – Otley Road / A6038. (If coming from Bradford, exit up Station Road; if coming from Leeds, exit over the footbridge  towards Stead Street, and walk along it to the end.) Once on the main road, turn right downhill to the big crossroads. You need to cross twice to reach the diagonally opposite corner, and then continue downhill for a short way. When you find yourself crossing the canal, turn left down to the towpath.

By car:  The starting point is (as you can see from the map link above) very close to Shipley’s main crossroads at Foxes Corner, and so is easy to reach from north, south, east or west. For sat navs, the postcode is BD18 3ST. There are various parking options in the vicinity of Victoria Streeet and Salts Mill Road.

Please note: this is not a circular walk, but if you need to get back to where you started at the end, we can easily direct you back by the shortest route (back down the canal towpath…). 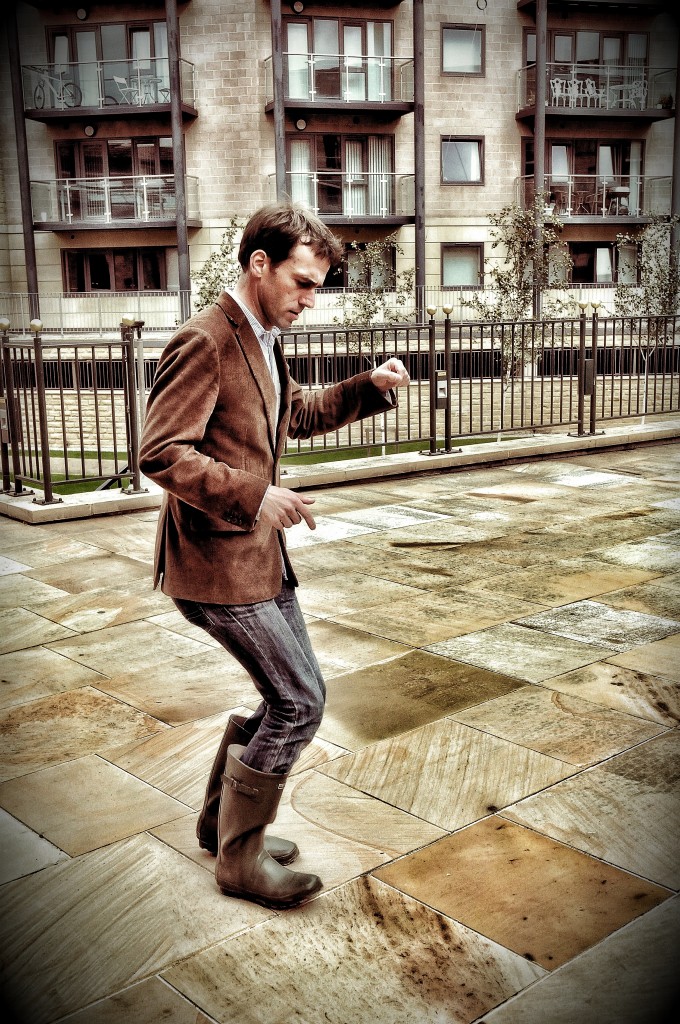